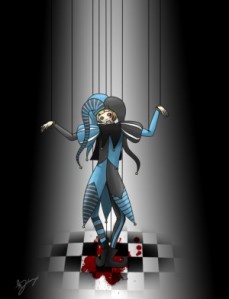 Google 'bloody-fool' and you get that.

Growing up, I’ve been called a bloody-fool for as long as I care to remember.  It became so synonymous with me that I’ve forgotten since quite early on the bitterness of being called one.  I can’t think of any particular outward aspect of me that would bring it about – it just happened.  One moment I’d be going about my own wits and next thing I’d hear “Bloody-fool!” and sure enough, that would be me.  There never seem to be any anomalies, disaster or catastrophe in my vicinity that I could attribute to having deserved such a sanglant moniker, so it can’t be that I was such a klutz.  I’ll admit I was not the most graceful of characters but nor was I behaviourally bovine when in a china shop.

In retrospect, it is true that I lacked the trophies I was supposed to collect during those formative years; no ‘A’ laden certificates of education, no plated trophies for athletic achievements, no weighted medals in recognition, no seriffed scrolls of commendation, nor any frame-worthy citations. I just wasn’t much of a recorded achiever. The lack of such would probably qualify me as a candidate for being called a bloody fool to those who need such indicators as the basis of their opinion or judgment of a person.

Study-wise, I was constantly distracted by the intrigue of understanding rather than just memorizing for exams.  History fascinated me as true stories rather than putting dates to names or events.  Physics was such a revelation of forces around us and not just about formulas or reciting word-for-word laws and definitions.  Biology was organic mechanics that was sadly reduced to naming parts and bodily processes.  Geography was simply fruit for imagination.  Okay, I sucked at mathematics; that I left to being purely functional.  So due to my lack of Instant Data Ignoramuses Consider  Knowledge [iDICK] I would not have been a very exam friendly candidate.

For extra curricular activities, I was not coordinated well enough for the delusion of being a soccer star – I had a weak left foot.   Athletics had hardly any creative merits and seemed too regimented.  Art was about painting within the lines of statuesque poses and was hardly expressive.  Never much into uniforms and thought the boy scouts were too faggy in those shorts and scarves – and their affinity for ropes.

Oops, sorry for the 'faggy' remark.

I was too brittle for contact sports like martial arts.  Of course I was into music but not the marching kind that would have made parents proud in stadiums. The music I was into just had such bad press thanks to Keith Richards; so there was probably nothing there to boast about in polite circles. 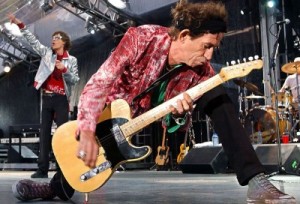 This man made me unpopular, bless him.

I was constantly being talked to for being such a bloody-fool, but that just made things worse.  The talks were purely instructional and related to experiences which I realized had no similarities or bearing to the circumstances or time-space I was in.  There was hardly anything that I could walk away and use from their advise apart probably from knowing the fact that they care enough to have done so.  As there was not much from their ‘wisdom’ that I could apply for myself, I would then appear, I don’t know – Ungrateful? Obstinate? Rebellious? Rude? Insolent? Disrespectful? Or by their a priori semiotic signifier – a bloody-fool!

From my novice quasi-psychoanalytical know-how, I could say that the bloodyfoologuous phenomenon would result in low self-esteem and lack of self-confidence.  That’s probably true. However, I did have strong opinions on things and was steadfast to my beliefs, whatever they may be at the moment.  And there was no low self-esteem or weak self-confidence when I make my case against things I took great care in understanding. But unfortunately as it turns out, when I stand by my opinions or thoughts with the full regalia of a healthy self esteem and glowing confidence, I’d hear “Bloody-fool!” once again.  In other words, I’d be a bloody fool for standing my ground every time I made a stand.

What I can say was a result of the bloodyfoolomena, is that I avoided aloofness and cockiness within myself and did not end up an arrogant person by normal standards.

[I should state that the ‘cockiness’ I’m avoiding here is the ‘Mr/Mrs/Ms-know-all’ cockiness of the non-charitable variety; i.e., those who will never give credence to any view that does not conform blindly to their set opinions-arguments.] 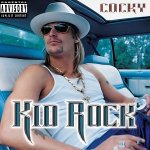 A man proud of his nature.

I would never assume that what I know is the ultimate conclusion cast in granite and in that way I’d always be open to other thoughts and ideas with the willingness and readiness to say I’m wrong when I am; simply because if you’re being called a bloody-fool often enough you’ll find that it is not easy to be too sure of yourself.  For instance, if I met someone who would not conform blindly to conventions or socio-cultural-structures created by some unseen consensus which defies sense and sensibility, I would not immediately conclude that the person is a Bloody Fool.